5 Tips For Raising Capital With Stocks

As we’ve mentioned in past posts, you have a number of options when it comes to finding resources to jumpstart or expand your business. Today, we’re going to highlight one common way of raising capital for your business – issuing stock.  If you incorporate your business as a Corporation, you are able to issue to stock. Limited Liability Companies, also known as LLCs, do not issue stock. For a detailed comparison of business entity types, review our comparison chart.

Stock is typically issued by share. When you incorporate, you designate an initial number of shares that can be issued at a certain par value. You can then issue these shares to investors in order to raise capital to start or expand your business.

In order to help you understand some of the basic information regarding raising capital with stocks, we’ve answered 5 of our most frequently asked questions below.

How Can I Benefit from a Small Business Accelerator Program?

As a small business owner or entrepreneur, you’re probably constantly aware of your capital. Do I need more? When do I need it? Why do I need it? Eventually, you  reach a point where you’re ready to take your company to a new level. At that point, you’ll need more capital. So where do you find it? One option may be a small business accelerator program. 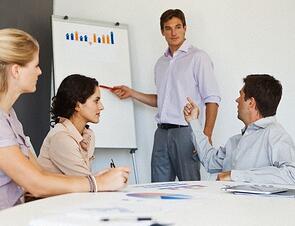 Recently, small business accelerator programs have become popular in the investment realm. David Freschman, a founder of Early Stage East, can help you identify what an Accelerator does, the benefits of working with them, and how to decide if using an Accelerator is best for your business in his two part blog series. Part one (posted below) provides a great introduction to understanding Accelerator programs.

This week, I attended “Demo Days” for two accelerator programs on the East Coast.  I’m excited to attend as I love learning about new companies, technologies and opportunities.  However, it dawned on me that every week there seems to be a “Demo Day” for a new accelerator and its graduates.  Whether “physical” or “virtual”, accelerators seem to be emerging everywhere.  So that made me think … is the growth of entrepreneurship driving these accelerators or the accelerators driving the growth in entrepreneurship?  Not being able to find definitive data, I believe that each is attributing to each other’s growth.

So what is an Accelerator?  Briefly, an Accelerator provides an entrepreneurial team an environment and program where their business ideas, concepts or technologies can develop in a short period (typically three months) into what may be a viable business opportunity.  The companies are usually focused in the tech sectors around apps, software, internet technology where an idea can become a disruptive business.  The companies are typically very capital efficient – where a small amount of capital goes a long way.  An accelerator is extraordinarily selective in inviting companies into their programs.  They receive hundreds of applications for a few spots perhaps up to 20 in their program.  So before deciding to apply for an accelerator, here’s what they offer:

Although many believe accelerators have become formulaic in the way they approach the programs they have not in what they provide each company.  Each accelerator has its own flavor, its own resources, and its own contacts.

So if you’re an entrepreneur, how do you decide which to pursue and apply for?  Are they the answer to launching an entrepreneur’s dream? I don’t believe so. Accelerators are only one tool in the box to launch a company.  They are not the guarantee for success, competitive advantage or even funding.

If you've used a small business accelerator program, or have any suggestions for startups, please share them below!

Don't forget to try our new Online Help Chat to find answers to your incorporating questions!

Tips on Researching Venture Capital when Forming Your Business

Finances are a very important, large part of forming your business. After you've handled incorporating your company, it's likely that you're ready to get started. In some cases, you may realize that the money you've saved isn't going as far as you had hoped it would. If that's the situation, researching venture capitalists (VC) to invest in your business could be a great solution. 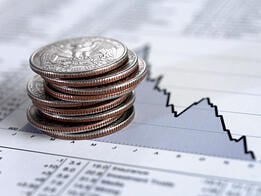 So where do you start? How do you find the perfect VC fit for your business? David Freschman, founder of Early Stage East, answers these questions and provides tips in an article below, excerpted from his resourceful blog, Old School VC.

Recently, I attended Mobile Monday in Philadelphia,  a terrific event,  and watched five emerging companies present their opportunities and had a chance to meet a new generation of innovators and entrepreneurs.  I was also there to present the  Early Stage East (ESE) Award to the company who won the ‘People’s Choice’ award for the best presentation and pitch.  The winner was an innovative mobile app start-up, SnipSnap, who now has a complimentary slot to pitch at the 15th Anniversary Early Stage East Venture Conference on September 20th in Philly.

ESE was the very first venture conference on the East Coast to feature early stage companies in search of their initial rounds of venture capital.   Since its founding, over 700 companies have presented at ESE and over $1 billion in capital has been invested in the companies.  It has been an honor to watch these companies and innovators grow and a privilege to work with them.

As the evening was wrapping up, a young entrepreneur approached me.

He asked, “Mind if I ask you a question?”

“You’ve been around a long time in the venture industry.  What do you see different about the current wave of startups and entrepreneurs versus the first wave a dozen years ago?”

I asked him how old he was and he said 25.  Right there, it dawned on me that when I began my career in venture, this young CEO was 8!

As I answered his question, the conversation shifted to how venture and the venture capitalists behave and have changed over the years.  And I began to think, most articles and blogs I read and even authored typically focus on what the entrepreneur should do to attract venture capital or run their companies. So at the risk of controversy, here are some pointers on deciding whether a certain VC is right for you and your organization.

So as you can see, here are a few thoughts about VCs that you as an entrepreneur should consider when seeking your venture investment.  Take the same perspective that the VC takes with you.  They should welcome that.  If they do not, then perhaps you should consider looking at others!

Have you found any successful tactics when searching for capital?